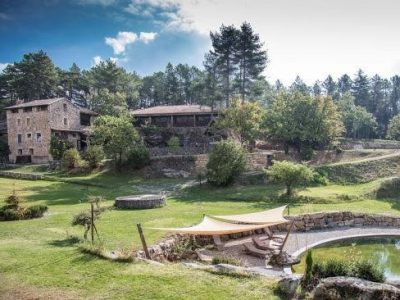 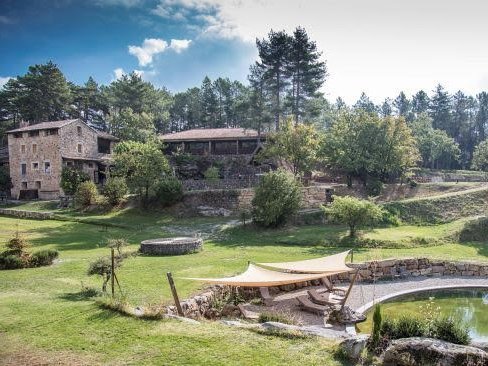 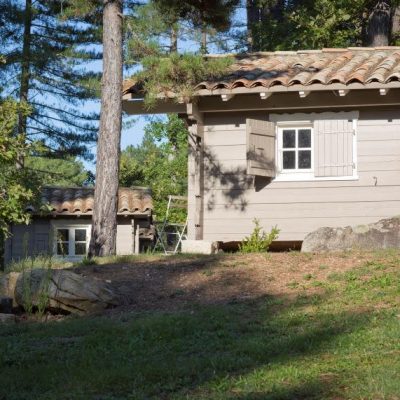 APPLY
FTHub 3-day In-person Immersive Training in Nature is exclusively for FTHub Guides and Practitioners currently in training or already certified (regardless of the year of certification). With this training you will:
All immersions start on Friday at 14:30 (2:30 pm) and end on Sunday at 17:30 (5:30 pm). If you have to arrive a little later or leave a little earlier, we understand. Travel, accommodation, meals or other expenses are not included in the cost.

The training takes place in the Monts d’Ardèche Regional Nature Park. Drawing on its lifestyle, rich heritage, wide-open spaces and famous gastronomy, the Ardèche has over time been revealed as an exceptional territory. This recognition led to the creation of the park in 2001.

The park seems impregnated by the character of its inhabitants, who have had to cope with a rough but generous nature. The quality of the landscape testifies to this alliance between People and Nature: terraces, chestnut trees, water management through ingenious systems, hamlets grouped on the slopes, mills and the Fin Gras du Mézenc, a protected designation for a local cow-breeding tradition.

A mid-mountain territory, the park is composed of a mosaic of landscapes either wild or shaped in terraces.

From the southern valleys to the snow-capped Mézenc massif, the park’s natural riches, as well as animal and plant species, are numerous: otters, genets, golden eagles, lilies and wild tulips. The park is home to heritage treasures such as traditional beehives dug from chestnut tree trunks, old mills and farms with flagstone and thatch roofs.

Forests can be found at all altitudes and cover sixty per cent of the park’s surface, making it one of the most wooded in France. Coming from different origins, these natural environments today contribute to the richness of local biodiversity, especially the old forests.

Domaine du Taillé is a zen type of resort located at the heart of a private park of 100 hectares (247 acres) in Southern Ardèche. The whole site shows a perfect integration with the surrounding nature. This unspoilt place, specially tailored to greet alternative events is conducive to rest and revitalization.

At the restaurant, all cooking is made from seasonal, organic and local products.

The buildings of this privileged site are exclusively built and renovated in natural materials: stone, wood, copper and hemp. The estate has received the EU Ecolabel.

The ecologically treated natural bathing pond is at your disposal. The two dōjō located outside surrounded by greenery and hiking trails accessible from the estate, also participate in creating the ideal zen atmosphere.

Single rooms from € 165 (2 night), with full board. For more options, please check the lodging booking page.

Included in full board.

Please let the hotel know of any allergies, intolerance or special requirements, such as a specific diet or lactose or gluten-free products.

How to Get There

By train:
∙ The nearest train station is “Valence TGV”. Using the TGV train service, this station is 2h30 from Geneva, 4h25 from Barcelona, 4h30 from Brussels and 5h30 from London, or 34 min from Lyon, 2h08 from Paris, 3 h37 from Lille, 2h30 from Marseille and 1h30 from Avignon.
∙ The bus service SNCF TER then connects “Valence TGV” station with Aubenas. On this route, the closest bus stop to Domaine du Taillé is “Saint Étienne Boulogne Col d’Auriolles”, 1h45 away from “Valence TGV” station. Contact the resort to book a free shuttle from the bus stop or just tell them your schedule when making your reservation. Find all SNCF TER bus service correspondences here.
∙ There are also regular shuttles between “Valence TGV” and “Valence-Ville” (in the city centre) train stations.