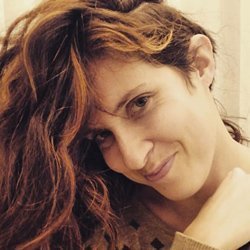 Born in Trento (Italy), Chiara graduated in Clinical Dynamic Psychology in Padua in 2014. In 2017, she completed her three-year training at the Spazio 14 Theatre School in Trento and the following year she attended the Master in Drama Therapy in Milan to merge her two passions: psychology and theatre. Since 2016, she has been holding experiential Drama Therapy workshops in different contexts (therapeutic communities, paths for adolescents, paths for women, school contexts and disabilities). Since 2019, she manages and directs the ART.ED.O School of Art Therapies of Trento and Florence, where she’s responsible for teaching, student follow-up and organisation.

Chiara is currently enrolled in the third year of training at the Adlerian School of Psychotherapy to become a Psychotherapist and works as a freelance psychologist, following mainly teenagers and young adults who need support.

She trained with Malika Virdi (designated within a group called “1000 Women for the 2005 Nobel Peace Prize”), with whom she created the thesis “Women at 2000 metres in the State of Uttarakhand: life stories, voices and emotions in the heart of the most complicated democracy in the world”. She pursued her interests in women’s issues with A. Dzakas, director of the PDH Centre in Togo, creating the specialist degree thesis focused on women with HIV “Fighting HIV-positive: Analysis and Evaluation of an International Cooperation Project in Togo”.

She has worked in different social cooperatives and has always been active in social volunteering. She created the “Mamme Con Più Sole” group in 2021, a group for women who are separated or experiencing a situation of loneliness, to create a network and reduce loneliness.