The FTHub Method is a practical tool for designing mindful nature connection activities and planning them in various sequences to promote nature connectedness under the theoretical principles of human-nature interaction, scientific evidence and the conceptual framework of Planetary Health.

The method is based on the Liquid Interactions Model (LIM) (FTHub, 2021), an integrative and interactional theoretical model that understands health and well-being as “dynamic, relative and variable phenomena, which go beyond inherited biological conditions: health as a result of an adaptive process of human beings to their physical and social environments."

The Liquid Interactions Model is inspired by the concept of Liquid Modernity of the Polish-British sociologist Zygmunty Bauman (1999) and the Theory of Social Becoming of the Polish sociologist Piotr Sztompka (1991), as well as by aspects of the thought of the South Korean philosopher Byung-Chul Han and grounded in psychological theories.

The Liquid Interactions Model is:

The determinants and factors of the environment as variables of possibility for individual, social and environmental change.

Incorporating ancient traditions and the most recent theories, models and scientific evidence from various disciplinary fields.

Responses to exposure to the environment as catalysts for actions that enhance prosocial and pro-environmental attitudes. 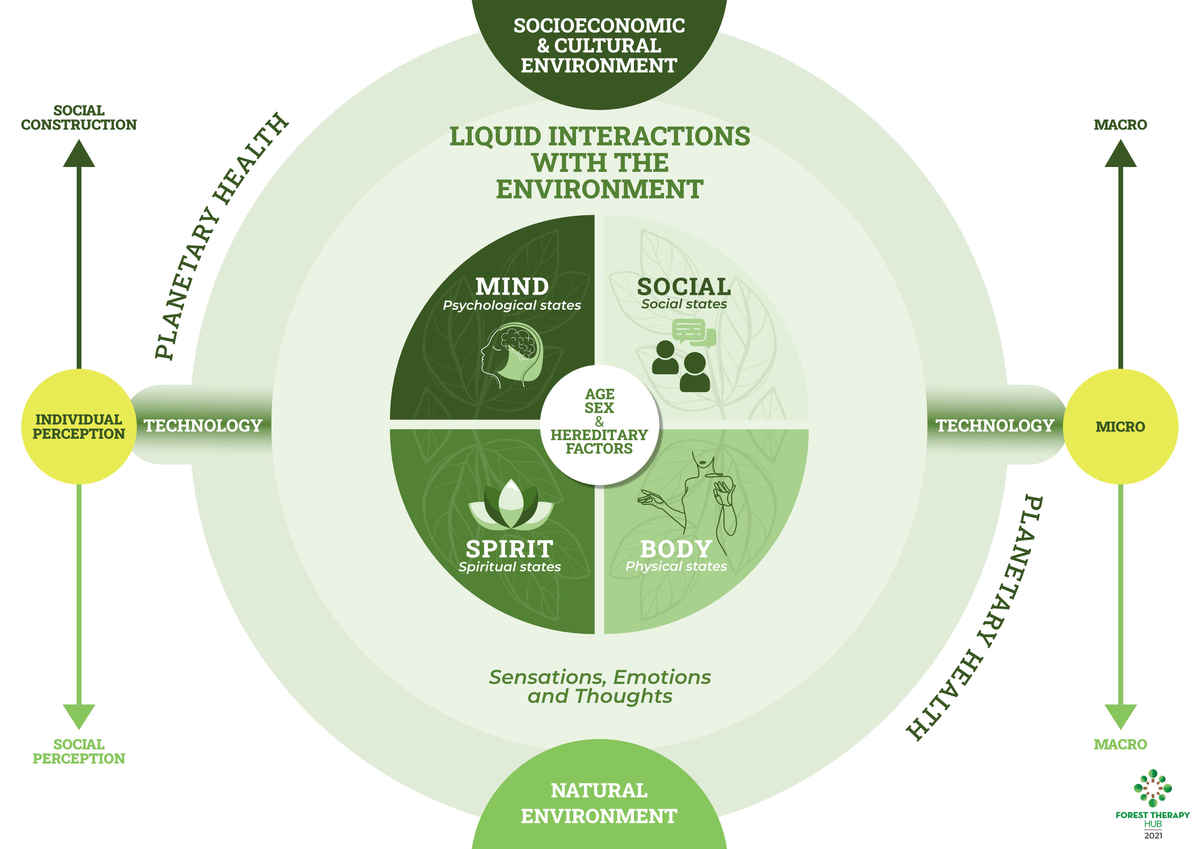 Identify, preserve and promote the use of natural recreational spaces that promote well-being.

Develop life habits, with a focus on exposure and contact with nature that promote well-being and mental, physical and social health.

A model developed, tested and evolved through practical implementation in projects by professionals, such as stress prevention and occupational health in corporate settings and mental health projects with specific populations, groups of functional diversity and vulnerable populations.